Welcome to My Kitchen

My personal blog and an account of my adventures in the kitchen. I am a stay at home mum of my two youngest kids, both teenagers. I have four adult children and four grandchildren with one on the way. We live in country NSW, Australia and we love our country life.

Which is how I like it.  The kids are settling into the school year.  Emily has surprised us with her enthusiasm and determination to do well.  She is ahead with all her assignments and the teachers are very impressed.  As are we, and so proud.  The hardest part of seeing what she has gone through in recent years is knowing the potential she had.  I always believed in her, and even though it was so hard at times, knew she would come good eventually.  And she has.  A happy side benefit is sticking it to the people who had written her off, ie my side of the family, who I am not in contact with at present and may never be again.  I am making it a point to avoid judgemental and negative people.  If Emily and I had a physical illness there would be care and love and sympathy and support but it seems that if one has a mental illness, which is something we can't help, we are written off as "crazy".  Well we aren't, and we have helped ourselves and are doing really well, both of us. 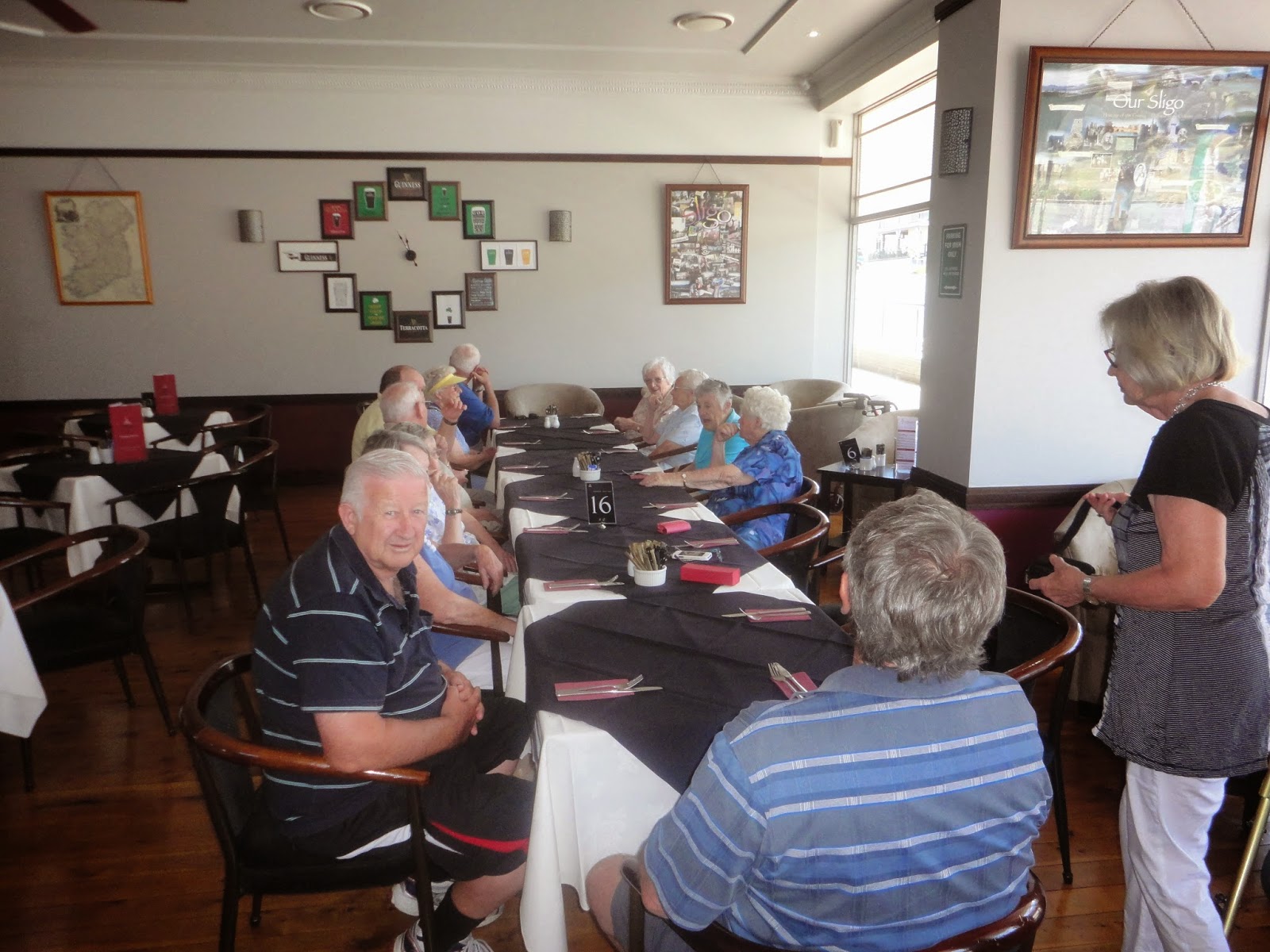 I am really enjoying my Meals on Wheels work, I did my first proper run last week, my permanent offsider, who I haven't met, got her dates mixed up so I had to rope Phill in again to drive me around while I delivered the meals on my own, and managed quite well.  We had our monthly outing on Monday, to a lovely restaurant at Murrumburrah.  The clients had a lovely day, one of them was celebrating her 90th birthday and we had a cake and a gift and card for her, which she insisted on everyone signing.  I love the clients, volunteering with MOW is the best thing I have ever done.  I missed out on getting into my aged care course, but then I found out it's going to cost me $1440 so it's just as well.  We have to get the car registered which, with third party insurance, is so expensive these days, and then we have Em's 19th birthday in a couple of weeks, and the present she wants isn't cheap but I am determined to get it for her. 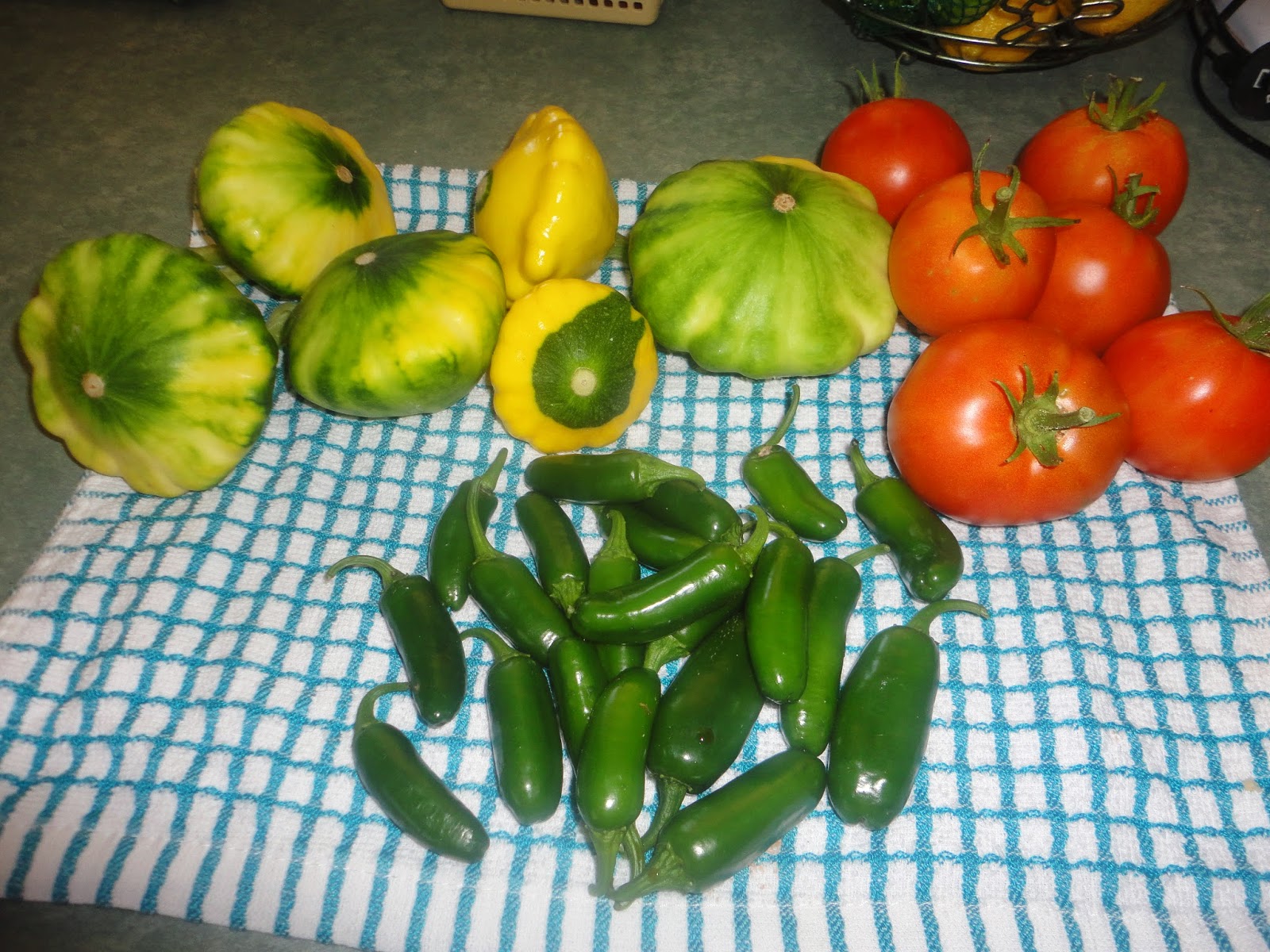 I am also loving the garden this year.  The zucchinis have finished, although I still have plenty in the crisper, and we are now harvesting button squash and jalapeno chillis and lots of beautiful red juicy tomatoes.  I have pickled the chillis, and had a go at making some chilli and garlic oil so as not to waste the heels and stems.  I just poured some extra virgin olive oil over the chillis and some garlic cloves and put it into the pantry to steep.  I am also going to make some tomato relish.  We have planted baby beets and a rockmelon plant and still have , strawberries and lots of herbs growing. 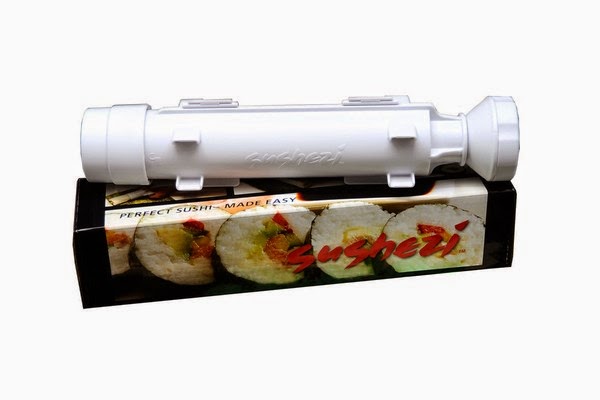 We bought a sushi maker.  We love sushi, it's something all four of us enjoy and it's so healthy but I avoid making it because it's messy.  This thing works really well.  We had a "Japanese" night, I make teriyaki chicken, and sushi of course with sesame and ginger noodles.  I even bought some sake.  I have had it at Japanese restaurants and liked it, but we had it chilled as suggested by the Australian company who makes it and it wasn't very good.  I'm going to try it warm, as they serve it in restaurants.  I even managed to find a couple of little ceramic pots at the Op shop to serve it in.  So tonight the kids and I will have sushi again and I will look for another chicken recipe.

I have to drive Josh up to Young to see his counsellor today.  They keep making appointments for him during school hours and that is just not on this year.  The kids have Wednesdays off so it's worth the drive up there to avoid missing school.

The council is holding a pet day tomorrow in a local park.  They are doing free microchipping so we will take Scout and Sox over there.  Should be interesting getting them into the cat carrier.  They are also offering a discount desexing voucher which will be perfect for Sox as he's getting towards that age now.  Luckily Phill will be home to help me, as the kids will be at school.

Kind comments and questions are welcome.